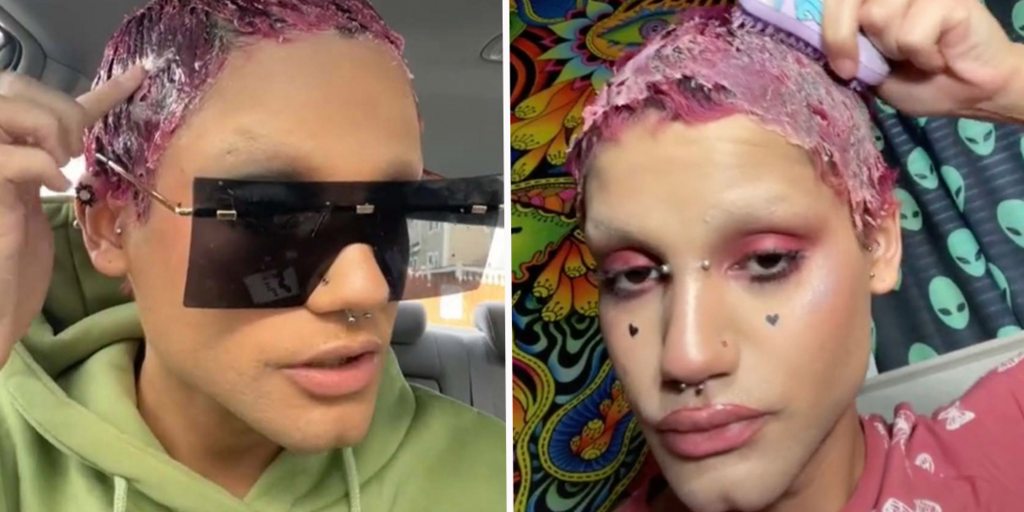 After the world came to know the story of Tessica Brown, the woman who put Gorilla Glue in her hair, you&#39;d think that the nightmare tale would be enough to deter anyone else from doing the same th

After the world came to know the story of Tessica Brown, the woman who put Gorilla Glue in her hair, you\'d think that the nightmare tale would be enough to deter anyone else from doing the same thing.

But apparently not, as yet another TikToker has put Gorilla Glue in their hair and they\'re even receiving donations for surgery.

But it seems her story hasn't prevented another TikToker from doing the exact same thing.

And people aren't as sympathetic this time around...

Now we all know Tessica Brown's dramatic story, after spending a whole month trying to remove the glue from her hair, she admitted herself to a local hospital in Louisiana. She later uploaded a video to TikTok showing her followers that she'd literally tried everything to remove it.

According to Tessica, she couldn't wash out the glue or even shave her head, due to the hair being so slick against her skin. Tessica originally posted a video of how it all happened: "When I do my hair, I like to finish it off with a little Göt2b Glued Spray, you know, just to keep it in place.

"Well, I didn't have any more Göt2b Glued Spray, so I used this: Gorilla Glue spray. Bad, bad, bad idea. My hair, it don't move. You hear what I'm telling you? It. Don't. Move."

"Look, you wipe it off and nothing happens. Like, this is the life that I'm living at this point."

Luckily, she is now on the mend. But it seems her situation did little to prevent Avani Reyes from gluing her own hair.

In a video that went viral over the weekend, the TikToker could be seen trying to comb through her hair with little success. She later posted a video showing herself at the hospital where she went to receive help.

She went on to say the staff wasn't sure how to help, suggesting tea tree oil, and coconut oil. "I'm on my way to the hospital right now, my scalp is burning." "I need to go to the hospital so they can remove this Gorilla Glue. I have no idea what to do. I tried washing it, it doesn't come off."

A number of TikTok users have been left puzzled as to why Reyes used glue in her hair...

With some suggesting the stunt was an effort to gain attention.

Reyes set up a GoFundMe page so people could "help with [her] Gorilla Glue situation," saying she might have to have surgery to remove the glue.

And despite only being up for a short while, the page has already surpassed it's target goal meaning Reyes has enough to get the glue removed.

In the video posted on TikTok she said, "So I just want to say thank you to everyone who donated to my GoFundMe. I now have enough funds to get surgery."

"And I will be flying out to LA. Thank you guys so much. And I raised enough money and I'm getting surgery."

In a follow up video, she also thanked someone who claimed they had donated $3,000.

Adding, "you guys know it's definitely been a journey with this Gorilla Glue. It's been crazy, so thank you so much."

When will people learn... 2-YO boy D!es after acc!dentally being run over by his father: "I d- How Many Horses Do You See? Your Answer Can Reveal a Lot About You