Black couple's home is valued $490,000 higher after white friend pretends she owns it

A Black couple has opened up about how their home was valued $490,000 higher after their white friend pretended to own it. Paul Austin and Tenisha Tate Austin purchased the property in Marin City, Cal

A Black couple has opened up about how their home was valued $490,000 higher after their white friend pretended to own it.

Paul Austin and Tenisha Tate Austin purchased the property in Marin City, California in 2016 from another Black family before investing $400,000 in a makeover.

The extensive renovations involved adding an entire floor to the house, which created an additional 1,000 feet of space, as well as the addition of new flooring, new appliances, and a fireplace.

ABC7 reports that despite the huge amount of money invested in the property, the couple believes the realtor strongly undervalued their home because they are Black.

The couple was given a new valuation of $989,000, which is around $100,000 more than what the Austins got it appraised for prior to their renovations - and they strongly suspect that this was because of their race.

Tenisha said: "I read the appraisal. I looked at the number - I was like, 'This is unbelievable.'"

The couple said the estate agent was an older white woman who said "Marin City is a distinct area" when she valued the property - a phrase the couple believed was race-related.

So, the couple ran their own experiment to see if they were being paranoid or if their suspicions were correct.

They asked a white friend to pretend that she owned their home and have it valued instead of them.

Paul said: "We had a conversation with one of our white friends, and she said, 'No problem. I'll be Tenisha. I'll bring over some pictures of my family.'

"She made our home look like it belonged to her."

Tenisha said: "There are implications to our ability to create generational wealth or passing things on if our houses appraise for 50 percent less."

The story has garnered a lot of attention on social media, where people have been sharing their thoughts and similar experiences:

Last year, got our home appraised. White appraiser walks in, sees me, walks around for 10mins. 2 days later sends us appraisal value that was $50,000 less than comparative homes.

— Luvvie is the #ProfessionalTroublemaker (@Luvvie) February 16, 2021

Imagine if this couple hadn’t fought back. https://t.co/G1IipHPYZo

This happened to wife & I during our 1st refinance. Older white couple appraised our home & came back with numbers lower than comps in area. Got a 2nd appraisal with different lender and black appraiser, value came back in line with comps.

As per the Mirror, Jessica Lautz, the National Association of Realtors' vice president of demographics and behavioral insights, said that this was not an unusual incident.

"We know discrimination is in nearly every aspect of that home buying process," she said.

"We need to be addressing it as an industry."

The New York Times reported in August of last year that another mixed-race couple had their home valued at 40% more when all signs of its Black ownership were removed. Trump Supporter Charged in Capitol r!ots Says She 'Bought into a Lie,' N- 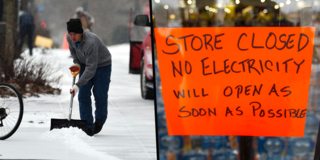 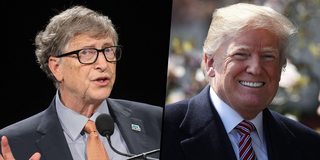