The baby box allows new moms to leave their babies safe and anonymously. The systems tries to avoid babies being abandoned in the streets, dropped in trash or in the bushes.

The ‘mailbox’ system, which has now been adopted in Belgium, exists already in the US. It may sound strange, but it also works to save babies lives. At the end of the day, that’s what matters most.

The baby box allows new moms to leave babies they don’t think they can care for safely and anonymously. The system aims to stop babies being abandoned in the streets, or else left in trash cans or bushes.

In the US, 13 of these boxes have been installed in Indiana, Ohio and Arizona since 2016. Now the latest city joining the baby box system in the world is Brussels, Belgium, according to Euroweeklynews.

Not everyone thinks that baby boxes are a good idea. Pierre Muylle, the former mayor of Brussels, was against it, and there were critics that said the initiative could encourage moms to abandon their babies.

In fact, the NGO Corvia fought over three years to the get license for the boxes. They are convinced the system will prevent babies being abandoned in dangerous place where they might not survive.

The boxes are designed to be a safe place for moms to leave their babies if they can’t take care of them and were planning to abandon them anyway, say Corvira, according to Euroweeklynews.

How does the ‘baby mailbox’ work?

The box is installed on a wall and it looks like a normal mailbox. The person who leaves the baby – usually, but not always, the mom – will find a door on the wall and upon opening the door, will be presented with a crib in which she can leave the baby. The cubicle has regulators and sensors to maintain an ideal temperature.

In the crib there is an envelope where the mom can put a unique item that will permit her to identify her child later on if she wants to.

The moment the door closes, however, it can’t be opened again.

When a baby is left inside the box, a silent alarm activates and quickly alerts the authorities. A doctor will then arrive in less than five minutes.

The idea itself is not new – in the medieval times there were similar systems giving mothers the opportunity to leave newborn babies in hospitals, orphanages and churches. The last 20 years have seen a return of such facilities in countries like Germany Switzerland, Malaysia and Pakistan, as per BBC.

Now, we had to wait until 2016 to see the first baby boxes in the US. That occurred after Mónica Kelsey, who was an abandoned child herself, founded the organization Safe Haven Baby Boxes.

Mónica had a clear mission: “Saving abandoned babies”, as per the mission statement on her organization’s Facebook page. Safe Haven Baby Boxes wants to give mothers in crisis a chance to do the right thing with complete anonymity.

Baby Grace was baby number 4 left in a Save Heaven Baby Box, on August 7.

In the US it remains illegal to abandon a baby, but the Safe Haven law decriminalises the act if the baby is put into safe hands during the first days of his/her life. Texas passed the law in 1999, and all other states have since followed.

“With around 100 babies being abandoned every year and some of these babies being dropped off at the doors of fire stations and hospitals we have to extend the Safe Haven Law,” claim Safe Haven Baby Boxes.

Have the baby mailboxes helped?

Denmark has conducted research on the baby box system to see if it’s helping to save babies. Organization Vive is in charge of the research. Chief analyst, Marie Jakobsen, told The Copenhagen Post: “In Germany, where they have had baby hatches since 2000, a fall in the number of abandoned babies found dead outdoors has not been registered.”

Michelle Oberman, law professor at California’s Santa Clara University School of Law, is an expert on pregnancy and motherhood. Oberman believes that pregnant women that abandon babies are commonly teenagers who have been denying their pregnancies out of fear and shame.

“I find it hard to imagine that immediately after delivering baby, by herself in bathroom, she is expected to know the law, and get on a bus and into an Uber and drop it off,” says Ms Oberman according BBC.

That’s why Safe Haven Baby Boxes is now working with schools and youth groups to make the baby boxes well known. They have also a hotline 24-hour to counsel women.

Safe Haven Baby Boxes claims that since the system was installed in 2016, four babies have been left in their boxes. According to the organization, those babies may not have survived otherwise. If You Buy Instant Noodles Throw Them Out IMMEDIATELY. Here’s Why! 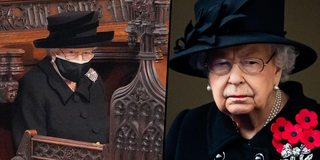 The Queen Suffers Another Devastating [email protected] One Week After Philip