Joy Behar announced on The View yesterday that Whoopi Goldberg will be absent from the show for &quot;a while&quot;...

Joy Behar has announced that Whoopi Goldberg will be absent from The View.

Behar said that Goldberg will be away from the show for “a while.”

Scroll on to find out more…

Now, we all know that Whoopi Goldberg is a woman of many talents. An actor, TV personality, comedian, and author, Goldberg has pretty much done it all.

Goldberg’s film breakthrough came in 1985 with her role as Celie, a mistreated woman in the Deep South in Steven Spielberg’s The Color Purple…

For which she won the Golden Globe Award for Best Supporting Actress in a Motion Picture.

And when she starred in Sister Act 2: Back in the Habit, she was the highest-paid actress in Hollywood.

Since 2007, Goldberg has also co-hosted and moderated the daytime talk show The View… And she has become one of the most recognized faces on global television.

So, as you can see, Goldberg’s resume is very impressive! However, recently she has caused controversy on the show after sharing her opinion on the Holocaust.

And people are, understandably, disgusted with her backwards comments…

During the show’s Hot Topics discussion on January 31, the panel were discussing the graphic novel Maus and how it was recently banned from a Tennessee school district… It’s the story of author Art Spiegelman’s father and his account of being imprisoned in a concentration camp.

“Let’s be truthful about it — because the Holocaust isn’t about race. No. It’s not about race,” she said. “It’s about man’s inhumanity to man. That’s what it’s about,” as both groups were white. Totally missing the point.

This prompted her co-hosts to question her comments, adding that the Nazi’s referred to Aryans as “the master race.”

Sparks fly as The View panel confronts Whoopi after she says "the Holocaust isn't about race. No. It's not about race."
"Well, the considered Jews a different race," Joy Behar says.

"But it's about white supremacy. It's about going after Jews and Gypsies," Ana Navarro adds. pic.twitter.com/GZwZSi2qXi

However, Goldberg responded: “These are two white groups of people. You’re missing the point,” Goldberg added. “The minute you turn it into race, it goes down this alley. Let’s talk about it for what it is. It’s how people treat each other. It’s a problem. It doesn’t matter if you’re Black or white, ’cause Blacks, whites, Jews, everybody eats [the] other.”

After her worryingly uneducated remarks went viral, Goldberg went on to apologize for any “hurt” she caused…

But, it simply wasn’t enough for some viewers as they called for her to be remove from the show.

And it seems ABC heard their comments… ABC News President Kim Godwin said in a statement that Goldberg was suspended from The View for 2 weeks over her comments.

“Effective immediately, I am suspending Whoopi Goldberg for two weeks for her wrong and hurtful comments. While Whoopi has apologized, I’ve asked her to take time to reflect and learn about the impact of her comments,” she said.

u201cWords matter and we must be cognizant of the impact our words have." pic.twitter.com/vMK5kSPAmj

A decision that Whoopi Goldberg appeared to be unhappy with as she reportedly threatened to quit the show amid the suspension.

According to the New York Post, Goldberg opened up to someone, who told the news outlet how she’s feeling about the situation. “She feels ABC executives mishandled this. She followed their playbook. She went on ‘The Late Show With Stephen Colbert’ and then apologized again on ‘The View’ the next day,” they said.

“Suspension from ‘The View’ is like getting suspended from Bravo. The bar is very low,” they finished.

But, after her 2 weeks suspension, Goldberg returned to the show.

Iu2019m so glad @WhoopiGoldberg is back! I missed her on @TheView! u2764ufe0f#BlackHistoryMonth

Eliciting many comments from people around the world.

“Hello hello hello, welcome to The View, and yes, I’m back,” she began saying on the show.

Her colleagues then said that they’d missed her, for Goldberg to say: “I’ve missed you all, too. I’ve got to tell you there’s something kind of marvelous about being on a show like this because we are The View and this is what we do,” she continued on.

She then said lightheartedly that sometimes they don’t do it as “elegantly” as they could.

And continued to say: “It’s 5 minutes to get in important information about topics, and that’s what we try to do every day, and I want to thank everybody who reached out while I was away and I’m telling you people reached out from places that made me go ‘wait wait, what? Really? OK.’ “And it was amazing. I listened to everything that everybody had to say and I was very grateful. I hope it keeps all of the important conversations happening because we’re going to keep having tough conversations.

“It’s not always pretty as I said, It’s not always as other people would like to hear, but it is an honor to sit at this table and be able to have these conversations because they’re important,” she said.

BREAKING: Whoopi Goldberg is back on #TheView after her two-week suspension from the show pic.twitter.com/Epg8clumtE

“They’re important to us as a nation,” she continued explaining. “And to us more so as a human entity.”

And now, a matter of months on from Goldberg’s return, Joy Behar has announced that Goldberg will be absent from the show for “a while.” And people have a lot to say about it…

Great news! And take Joy with her.

Her absence is due to filming obligations. According to the outlet, Behar said on Monday’s show: “If you’re wondering where Whoopi is, the girl’s got a movie she’s making and she will be back when she finishes whatever she’s doing.” 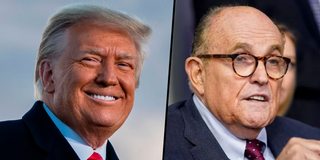 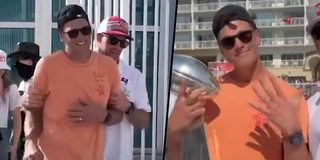 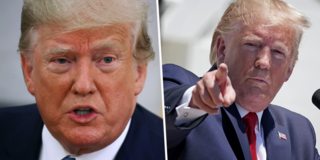 Donald Trump Cleared by US Senate of Inciting Capitol r!ots